I am getting pretty pumped for the Telus Ski and Snowboard Festival which is fast on the heels of the departing Olympic crowd. This is going to be my fourth winter season in Whistler and this time round I aim to catch-all of the action. This event is an epic mix of art, music and sport and trust me, you don’t want to miss a thing!  On the top of my list are; 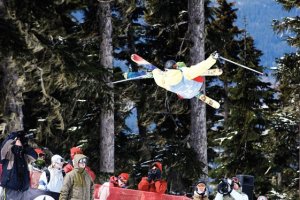 NB: There are a lot of demo’s available so if you want to check out the latest gear this is the time to do it!

It looks like there are a few schedules still to be finalised but I’d keep an eye on them so you don’t miss out – link to schedule!